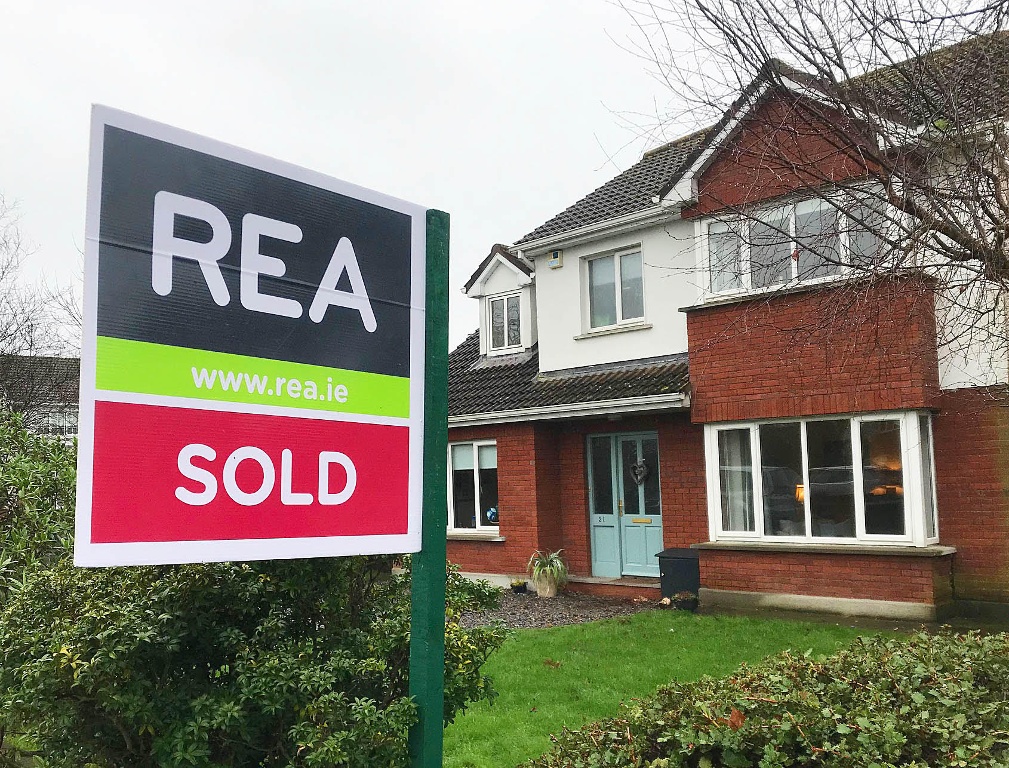 Three-bedroomed semis are reaching sale agreed in a record low of two weeks after coming to market in some areas, fuelled by an unprecedented lack of supply, the Q1 Irish Independent REA Average House Price Index has found.

Average house prices rose by almost 2% over the past three months, despite the absence of physical viewing, in a marketplace which is seeing the lowest supply and the shortest time taken to sell in recent history.

This compares to average selling time of eight and seven weeks respectively in the Co Louth and Co Meath towns a year ago.

REA Gunne in Dundalk are seeing remote workers with increased savings bidding for scarce supply while REA Grimes in Ashbourne have seen their virtual viewing and online sales campaigns facilitating an increased demand during lockdown.

In Dublin, three bed semi-detached properties are being snapped up after just three weeks in the Lucan area, compared to seven weeks in March 2020.

In Bray, the annual reduction is even starker, coming down from 15 weeks in March 2020 to just three as quality homes attract instant bidding.

Properties in Limerick city are taking three weeks to sell, down from five a year ago, while Galway city has seen average selling time drop from ten weeks to just four.

“Supply is down 38% year on year according to myhome.ie and the few properties going on the market are generating immediate interest and attracting offers within a week,” said REA spokesperson Barry McDonald.

“Buyers are massively motivated, with many anxious to secure a home before their mortgage approval runs out.

“The enforced move to virtual viewings has facilitated a speeding up of the sales process as buyers are not waiting for viewing appointments.

“Despite the restrictions, there is a willingness from some buyers to make offers for houses without physically viewing them.

“We are finding that some people are bidding for a number of properties at one time, in an attempt to get bids in, especially whore mortgage approvals may be running out.

“We only show properties to bidders once their offer has been accepted. At that stage they can withdraw, however, most sales are progressing toward completion.

“The past three months have also seen a marked return of both private investors and pension funds to the market, driven by strengthening rents and potential of negative interest rates.

“This is adding to the increased competition in what is becoming a perfect market for vendors.”

Limerick prices rose by €10,000 in the first three months of the year, increasing by 4.9% to €215,000, with a large cohort of first-time buyers and investors continuously bidding on a low supply level, according to REA Dooley in Limerick City.

“We are seeing double the number of enquiries compared to this time last year, with multiple bidders on all properties and asking prices being exceeded,” said Robert McGreal of REA McGreal Burke in Galway, which saw a 1% rise to €292,500 in Q1.

Westmeath has seen the largest quarterly rise in the survey at 5%, with prices rising by €10,000 in the quarter to €210,000, driven by a high volume of sales through virtual viewings, according to REA Hynes in Athlone.

Prices rose by 3.7% to €280,000 in Q1 in Killarney where agents REA Coyne and Culloty are seeing an average of seven buyers for each property that comes on the market, as the trend in people moving out of the cities for a better quality of life continues.

They are also reporting an increase in people looking to rent first for a year to see if they like the area before purchasing.

Properties in Carrick-On-Shannon are taking three weeks to sell (+1.9% €163,000) with local agents REA Brady reporting sales records being shattered in the last five months, and a return of investors to the market.