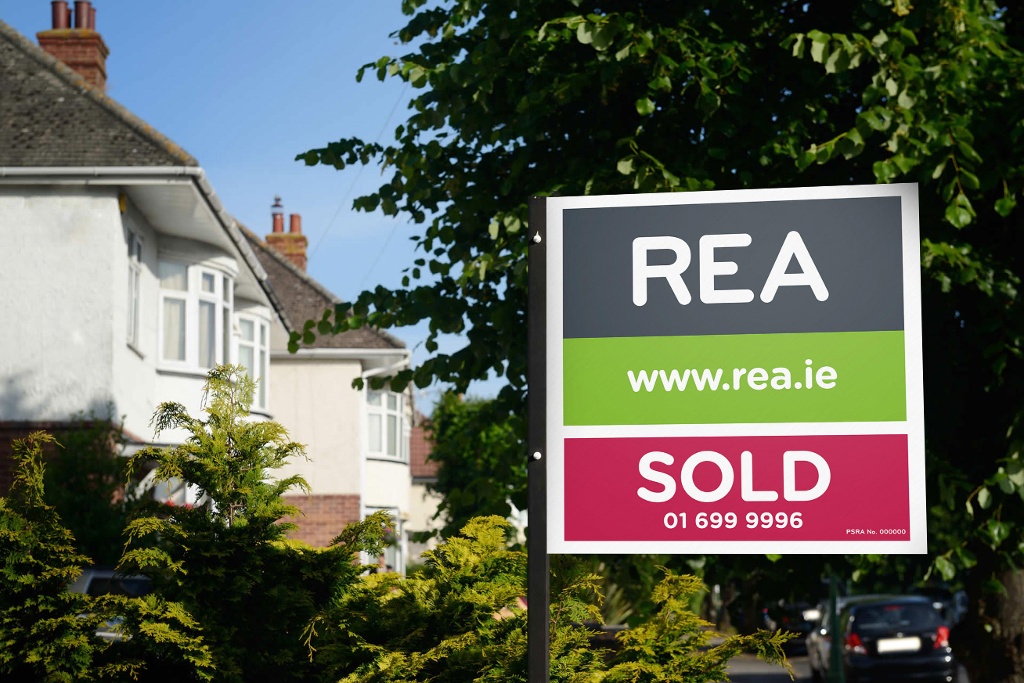 The price of a three-bedroom semi in Dublin’s postal zones fell by an average of €4,500 in the past three months as Brexit uncertainty affects buyers, the Q3 Irish Independent REA Average House Price Index has found.

The price of a three-bed semi-detached house in Dublin city registered a third consecutive quarter fall (-1%) since the end of June and has decreased by -3.3% compared to September 2018.

A nationwide trend is emerging of greater numbers of small landlords putting their properties on the market according to REA agents.

“It is now taking nine weeks to reach sale agreed in Dublin city compared to six a year ago, and these increases are reflected around the country as agents report a quarter heavily influenced by Brexit indecision,” said REA spokesperson Barry McDonald.

“North County Dublin has fared reasonably better with drops of 0.8% in areas such as Swords, Skerries and Balbriggan with prices averaging €320,000.

“There has been a further 1% reduction in cash buyers in the Dublin market in the past three months, with mortgage-approved house hunters now making up 88% of purchasers.

“We are also seeing greater numbers of small investors leaving the rental market, which is increasing supply but will have a further upward pressure on rents in some areas.

“This, combined with new homes coming on stream, is increasing choice, but we still have a limited amount of buyers due to the Central Bank rules.”

An increase in the supply of second-hand properties on the market is highlighting the soaring cost of renovation works, according to Jim Gallagher of REA Grimes’ new Clontarf office.

"Stock levels are very high, which means that buyers have a much bigger choice than in previous years,” said Mr Gallagher.

"Properties in close to walk-in condition are achieving strong prices, however, the cost of building work has rocketed, and this is having an impact on demand and prices for properties that require renovation."

The REA Average House Price Survey concentrates on the actual sale price of Ireland's typical stock home, the three-bed semi, giving an up-to-date picture of the second-hand property market in towns and cities countrywide to the close of last week.

Overall, the average house price across the country rose by just 0.08% over the past year after a 5.8% annual rise to September 2018.

Prices also fell by 1% in the commuter counties in the past three months, with the average house now selling for €246,611 – an annual fall of 0.7%.

After a year of rises to June, agents are citing an uncertainty surrounding Brexit hampering viewing numbers.

Westmeath reported a 2.5% rise in Q3 prices to €195,000, with a large volume of properties being sold in Q3, mostly to owner occupiers.

Prices in the country’s major cities outside Dublin – Cork, Galway, Waterford and Limerick – remained unchanged in the past three months.

However, time taken to sell has risen by 50% in a year, from six to nine weeks.

“Galway agents REA McGreal Burke report that the number of viewings is down as purchasers wait to see the outcome of Brexit negotiations, with sales taking ten weeks to complete compared to seven a year ago,” said Mr McDonald.

“Average prices are at €282,500, up 2.7% annually and supply has reduced a little, although there are a number of new developments coming to market.

“However, like the major cities outside Dublin, our country towns report an annual increase in time taken to sell from six to eight weeks.”

Ireland’s cheapest three-bed semis are to be found in Donegal, where prices have risen by 4% to €99,000 in the past three months, after being static at €95,000 for the previous 18 months.

“Our agents REA McElhinney report that limited supply, combined with increasing demand in the lower price ranges, has driven increases across the county,” said Mr McDonald.

"Some of this may be driven by a small but steady rise in enquiries and sales to UK residents, not necessarily those who have roots here.

“However, the effect is reversed in other holiday homes areas such as Waterford and Cork, which are reporting higher than usual sales of homes by British residents.

“REA Celtic Properties in Bantry are reporting that Brexit has had a large effect on the market of coastal properties over €200,000, with prices static but the market slowing to an average selling time of 16 weeks.

“While the rate of increase has slowed, our agent REA Brady feels that it is still going to top 8% this year, albeit from a low base.

“There are no new builds in Longford and we are selling at rates that are still 40% below the cost of construction.