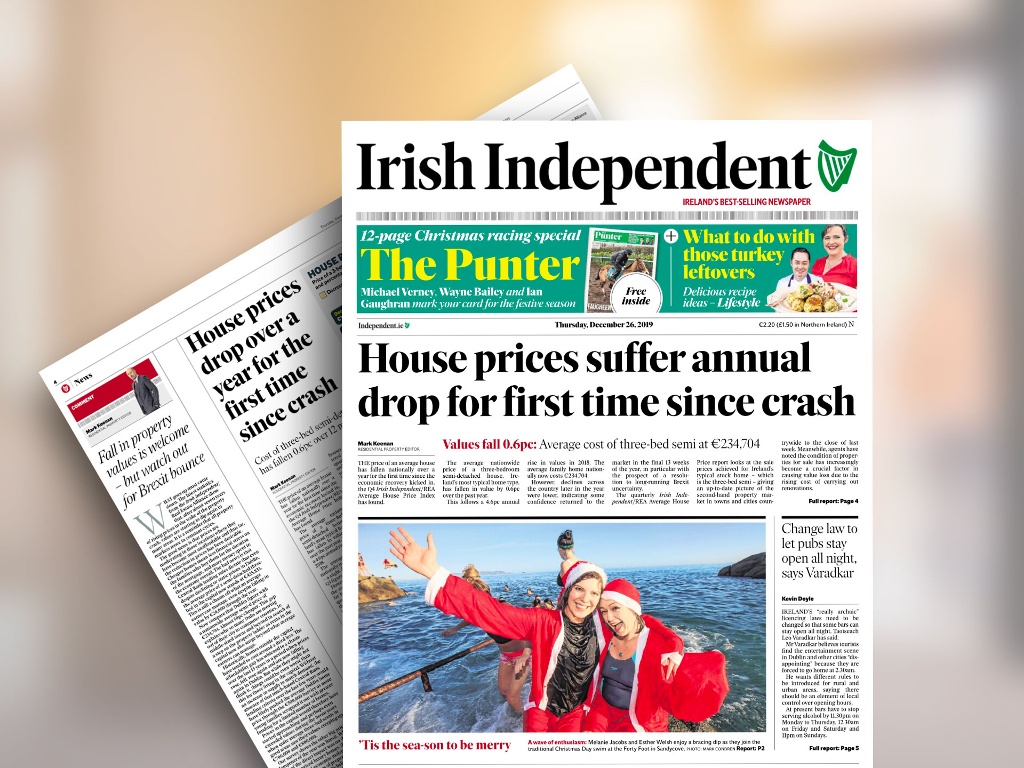 “We have seen a more stable quarter, with less negativity and 15 counties recording no movement in price. However, it has not been enough to keep the overall index in the positive against last year’s figures,” said REA spokesperson Barry McDonald.

“It is now taking ten weeks to reach sale agreed in Dublin city and county compared to eight a year ago, and these increases are reflected in commuter areas and out other major cities.”

The REA Average House Price Survey concentrates on the actual sale price of Ireland's typical stock home, the three-bed semi, giving an up-to-date picture of the second-hand property market in towns and cities countrywide to the close of last week.

“Although the Q3 prices falls that marked much Brexit indecision have eased slightly, we still saw the average house in South County Dublin fall by €2,700 (-0.7%) in the past three months – compared to €7,000 in the previous quarter,” said Mr McDonald.

“A significant increase in the supply of new and second hand housing in North County Dublin has seen prices drop by €5,000 on average in towns such as Swords, Skerries and Balbriggan.

“While sales are now taking longer, the condition of the property has now become a crucial factor due to the increasing cost of renovations.

“A trading up market is starting to appear in north Dublin, with people selling two and three bed semis that they bought at the beginning of the recovery, seven years ago.

City centre agents REA Grimes report that the first time buyer market is active, but that investors have moved out of the buying picture.

This mirrors a nationwide trend emerging of greater numbers of small landlords putting their properties on the market according to REA agents.

Prices in the country’s major cities outside Dublin – Cork, Galway, Waterford – remained largely unchanged, with an overall rise of 0.5% attributable to a €5,000 Q4 increase in Limerick due to a lack of supply.

Galway city average prices are at €282,500, unchanged annually. Asking price moderation is becoming crucial with over-priced properties sitting on the market for longer, according to agents McGreal Burke.

Elsewhere, Waterford City (€215,000) is up 2.4% on the year, and Cork City is up 0.8% annually to €317,500, with the market generally sluggish due to Brexit uncertainty and Central Bank lending restrictions at a relatively high purchase level.

The highest quarterly rise came in Sligo (3.8%) where, with market values at €137,000 still below build cost, demand is strong for available stock and prices have increased by 11.3% annually.

Where building is uneconomical, micro markets are forming around the country as buyers with access to finance battle over a restricted supply.

This is evident in Tralee, where agents REA Norths report that average three-bed prices increased by €10,000 (5.88%) in the final quarter of the year, due to an increase in available mortgage finance and a lack of suitable housing.

Where new homes are in place, in areas such as Drogheda, the market in second-hand homes has remained static as first-time buyers opt for modern builds and the support of the Help To Buy Scheme. 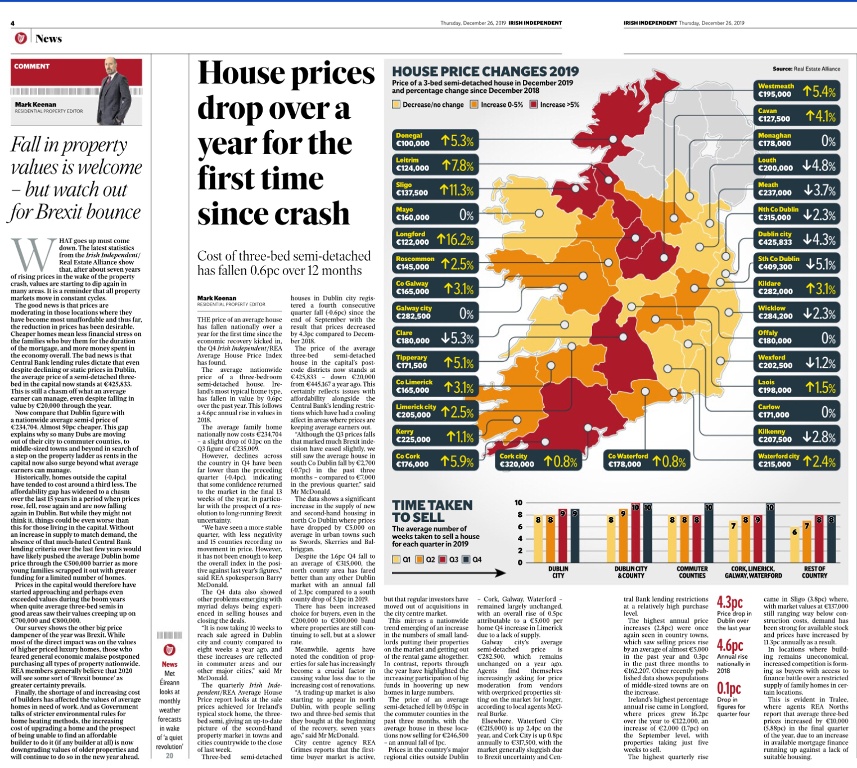 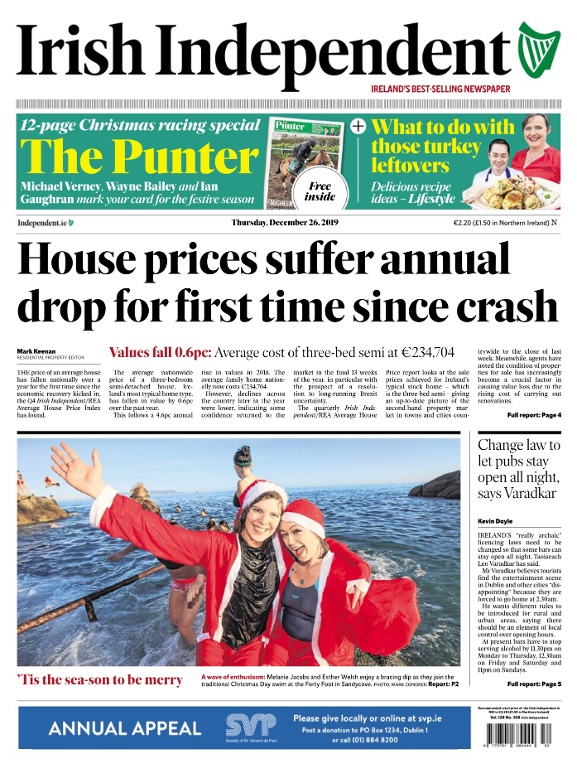