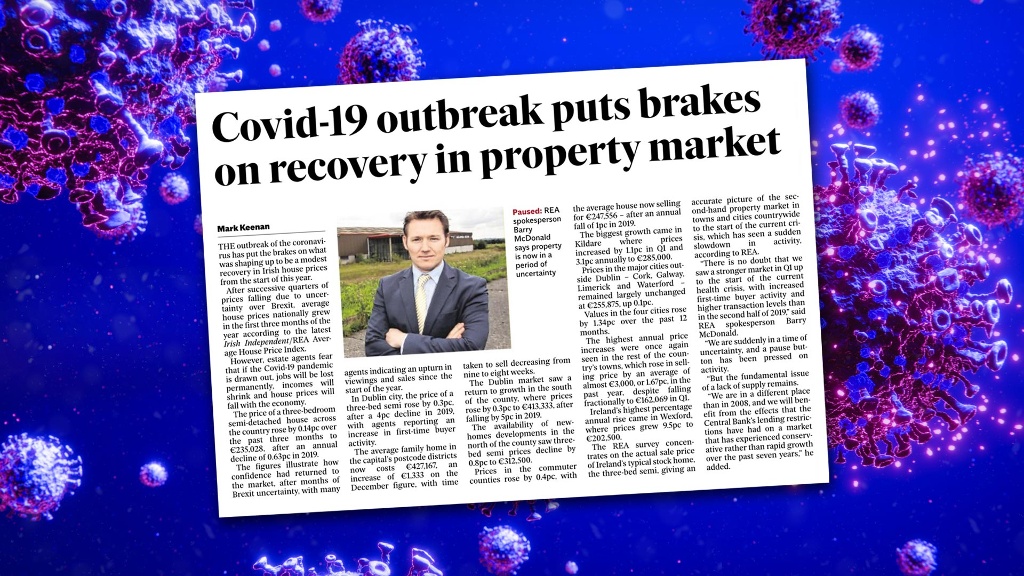 Average house prices nationally returned to growth with an increase in activity in the first three months of the year up the outbreak of Covid-19, the REA Average House Price Index has found.

The price of a three-bedroomed semi-detached house in Dublin City rose by 0.3% in the first quarter of 2020, after a 4% decline in 2019, with agents reporting an increase in first-time buyer activity.

The average family home in the capital’s postcode districts now costs €427,167, an increase of €1,333 on the December figure of €425,833, with time taken to sell decreasing from nine to eight weeks.

The figures illustrate how confidence had returned to the market, after months of Brexit uncertainty, with many agents indicating an upturn in viewings and sales since the start of the year.

The REA Average House Price Survey concentrates on the actual sale price of Ireland's typical stock home, the three-bed semi, giving an accurate picture of the second-hand property market in towns and cities countrywide to the start of the current crisis, which has seen a sudden slowdown in activity, according to REA.

"There is no doubt that we saw a stronger market in Q1 up to the start of the current health crisis, with increased first-time buyer activity and higher transaction levels than in the second half of 2019," said REA spokesperson Barry McDonald.

"We are suddenly in a time of uncertainty, and a pause button has been pressed on activity, but the fundamental issue of a lack of supply remains."

"The State interventions of the past week are welcome in providing increasing levels of security and certainty to loan-approved buyers."

"Many of our agents have used the past two weeks to accelerate the move to virtual viewings and online selling methods as the market adapts to the Covid-19 restrictions."

"We are in a different place than in 2008, and we will benefit from the effects that the Central Bank’s lending restrictions have had on a market that has experienced conservative rather than rapid growth over the past seven years."

"We also don’t have the huge amount of small-time investors that we saw in the crash as they have left the market in an orderly fashion over the past few years."

"There is unity in the country, the State and the banks are working together to support homeowners, and buyers will have a lot of time to make decisions in the coming weeks and months."

The availability of new homes developments in the north of the county saw three-bed semi prices decline by -0.8% to €312,500 in Q1.

The biggest growth came in Kildare where prices have increased by 1.1% in Q1 and 3.1% annually to €285,000 with agents Brophy Farrell reporting an increase in both viewings and offers.

Prices rose by 0.4% in Galway City in the first quarter, with agents McGreal Burke reporting that quality properties in all parts of the city are continuing to hold their own and in some instances are showing good growth.

Values in the four cities rose by 1.34% over the past 12 months, with Limerick increasing by 2.5% in that time to €205,000 and a number of new developments coming on stream that are expecting to meet current demand.

The highest annual price increases (1.67%) were once again seen in the rest of the country’s towns which rose in selling price by an average of almost €3,000 in the past year, despite falling fractionally to €162,069 in Q1. 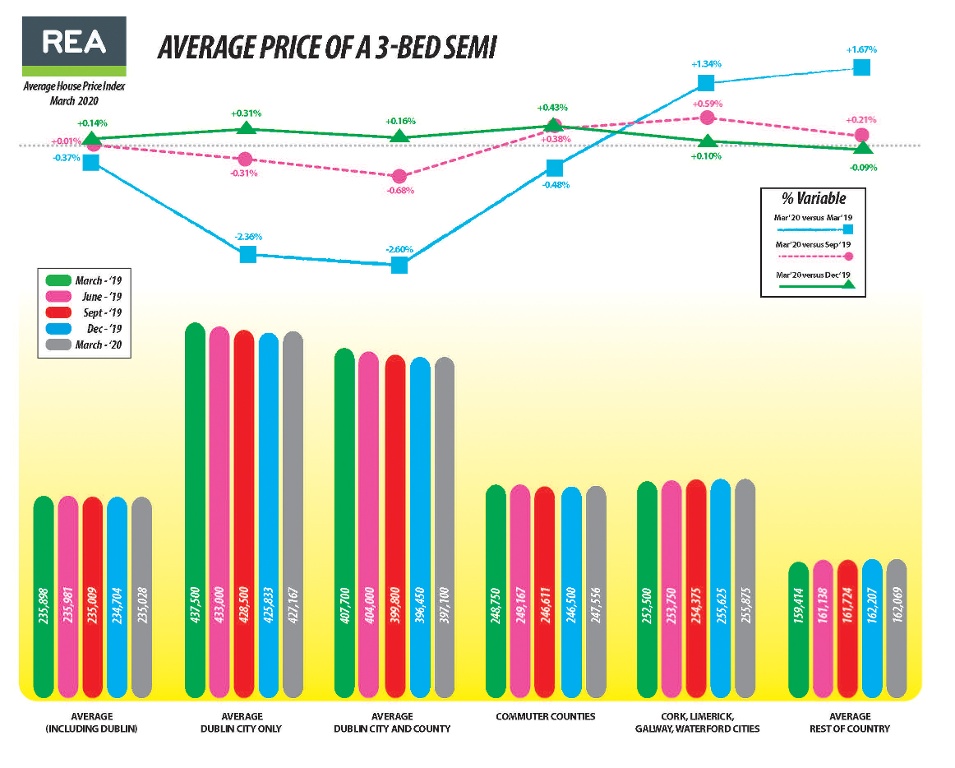